Every day, chef Ángel León and Aponiente team immerse themselves in their dream, in the waters of the Bay of Cádiz in the south of Spain. The Bay is located in Andalusia, and is separated from the African continent by a narrow strait. Today, they are just a bit closer to the goal thanks to the discovery of new uses for a marine grain, also known as sea rice.

The marine grain they have focused on comes from a kind of aquatic seagrass called Zostera marina.

Marine rice is the seed produced by a marine plant known as Zostera marina. Rather than a kind of algae, the plant is one of the four types of marine phanerogams in Europe. These belong to a group of plants that is considered by scientists and biologists to be superior (with seeds, flowers, rhizomes, etc), which grow under the sea and feed on the water itself. What’s more, as ecosystem “architects”, they perform key biological and ecological functions.

“At Aponiente, for more than a decade now, we have been working consistently toward the discovery of new products and making the most of the great pantry that is the sea, incorporating new, currently hidden under the sea, food into the diet. Our dream is that the ocean to become part of the diet for all people and we aim to work toward that goal step by step,” says Chef Ángel León.

It is thought that all land-based plants began as marine plants. Marine rice is believed to be a form of seagrass that adapted to grow on land many years ago. It used to reproduce through flowers and seeds, but ultimately returned to the sea, where it continued to evolve into its current submerged state. This select plant belongs to one of the few families that followed this trajectory.
One of four types of marine phanerogams in Europe, the plant currently flourishes in its natural state. We discovered it about three years ago on one of our frequent underwater expeditions during which we harvest different marine plants for research purposes.

For the first time ever, R&D team at Aponiente together with University of Cadiz have managed to grow this marine plant under controlled circumstances. In 2017, they began a groundbreaking study, which has revealed the plant’s feasibility for human consumption. What’s more, it might be considered a “superfood” given its unique nutritional qualities.

Cultivation of Zostera marina and its seed

Since 2017, at Aponiente’s research lab, the cultivation of marine grain has been achieved. For the first time ever, controlled crops have been successfully grown. Never before has this goal been reached. Currently, the experimental cultivation area measures some 3000 m2, and is located in Bahía de Cádiz Natural Park, near the municipality of Puerto Real.

Along the northern coast of Spain, and throughout Europe, there are naturally occurring marine meadows teeming with Zostera marina. The wild species is now protected, given that it plays a crucial role in the ecosystem, but it is still dying at an alarming rate in areas where it once grew in abundance. Human marine activities have had an adverse effect on the plant. Despite their importance it is extremely challenging to carry out reforestation projects of this kind. The problem is that there are no nurseries that are prepared to supply the appropriate plants and/or seeds. One aspect of the present project that makes it so notable is that, for the first time, a seed bank will be created that will serve to repopulate coastal wetlands, which can then be restored and managed.

After three years of hard work, the team proved the viability of the controlled cultivation of this plant, the creation of a seed bank, and the properties that are most beneficial for human consumption. Systems have
been developed for planting, cultivating and harvesting the plant, all adapted to the marine environment.
The world’s first and only specialized R&D center for the cultivation of marine vegetation has been created. The goal is to continue researching this marine grain, as it may hold the key to mitigating the effects of climate change. They also aim to restore aquatic ecosystems, develop future marine crops that until now have been cultivated only on land, and work toward making the “ocean garden” a reality.
Three quarters of the planet’s land is bathed in salt water, whether along the coasts or deep in inland wells, making it impossible to drink the water there or grow crops. Our marine grain changes everything, paving the way toward a crop that can be grown in areas that are abundant in salt water.

What benefits does Marine Rice have, and how can it contribute in an ecological, social and culinary
sense?

It has been shown that the crops do not require fertilizer or chemicals, given that they remain free of blight and suffer from no known diseases. Neither do they require additional nutrients, only the circulation of seawater, and they generate great biodiversity through the production of underwater oxygen, leading to the regeneration of marine life in the surrounding waters. In addition, crops reinforce the seafloor and prevent underwater erosion, thus mitigating tidal effects and retaining sediments. The crops provide shelter and underwater breeding grounds for certain species (commercial fish stocks, seahorses, crustaceans such as shrimp, etc), as well as reducing ocean acidification (lowering of pH).

Culinary marine rice has countless uses. It can be consumed as is, but can also be transformed into flour and related products.

In a comparative analysis of Marine Rice with common rice and other grains, it has been determined that marine grain presents excellent characteristics and qualities:
• Macronutrients: much more balanced than common rice when it comes to percentages of proteins, carbohydrates and fiber.
• Micronutrients: contains more plant-based fatty acids than any other grain commonly eaten. It also has amino acids not found in common grains, high quantities of vitamins and minerals, and a significant proportion of glucose.

The studies that have been carried out confirm that Zostera marina, and marine grains in general, are the most sustainable crops currently known. Why? There are several reasons for making this statement, but there are two fundamental issues that must be highlighted:
• Crops do not require fertilizers or chemicals.
• Crops do not need additional nutrients, just the circulation of seawater.

Cádiz is located in one of the areas in Spain, and indeed in Europe, that is most affected by unemployment and the fragile economic situation.
The province with the highest unemployment rate in Europe, currently in an economic and social situation that truly sounds the alarm, Cádiz is an extreme case. It is also the Spanish province with the greatest number of high-population municipalities in all of Spain. More than one million inhabitants, about half of whom live near the Bay, have always worked in tourism and construction. They have watched as almost the entire industrial sector has collapsed.

The value of the salt marshes and swamps of Cádiz was once impossible to measure. Today, most have sunk into abandon, while others have been lucky enough to be protected within proposed natural parks or are otherwise protected by UNESCO.
These spots are ideal for the development of ecosystems made up of communities of plants and animals, whether aquatic, land-based, coastal or marine. They are spaces where the marine grain can grow and evolve sustainably both naturally and economically.

Will marine rice become the key weapon against climate change?

The benefits for the environment are countless, given that coastal wetlands and marine grain meadows comprise ecosystems that are fundamental for the planet’s equilibrium.
Phanerogam meadows are the most efficient carbon sinks on Earth. They provide protection from extreme climactic phenomena, including storming and flooding, which are on the rise thanks to global warming. This is one of the key reasons for the development of the present project: its contribution to caring for the environment.
• Captures blue carbon, generates oxygen and regulates the carbon cycle.
• Mitigates tidal effects and rising sea levels.
• Prevents underwater erosion and provides habitat for valuable underwater wildlife.

The studies we have carried out have determined that crop yields are similar to other kinds of grains, like common rice for example, in addition to being very productive and with scarce technical requirements:
The results point to high productivity, with almost five heads per plant.
Potential for up to 20 seed pods per generative shaft.
Yield estimates in wild settings are of 5-7 tons per hectare, which is similar to the production of other kinds of grain.

Thanks to chloral growth, the same plant recurs, resulting in numerous plants throughout the year. As such, the system makes use of exponential root reproduction (each year, five plants result from just one planting).
Scarce technical requirements, keeping maintenance costs low.
The plant is a perennial, making it unnecessary to plant crops each year. No pesticides are required, given that it remains free of blight and suffers from no known diseases. Neither is fertilizer needed as long as seawater is constantly circulating (not irrigation). The plant can also be used for other purposes, including drying leftover leaves for straw.
Seed heads appear annually, and they drift away after dropping the seeds, leaving the harvest unaffected. The plants continue to grow and the harvest takes place the following year.

Aponiente is located in an old 19th century tide mill. In the heart of Bahía de Cádiz Natural Park in El Puerto de Santa María, the area is inhabited by marine life that is subject to constant change, given local weather conditions and the rhythm of the tides.

Headed up by Chef Ángel León, Aponiente is leading the way in efforts to revive the area where it is located, and is also taking steps to create an ecosystem for future generations. In the sustainability field, it uses gastronomy to passionately defend the environment. Sustainable fishing and an evolved view of certain species, which have historically been rejected, are defining characteristics of the Chef of the Sea’s culinary creations, together with innovation, creativity and integrity. A revolutionary genius, the Chef’s commitment to nature has led him to discover, use and reinvent foodstuffs from the great pantry which is the sea. 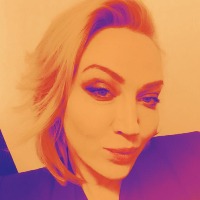